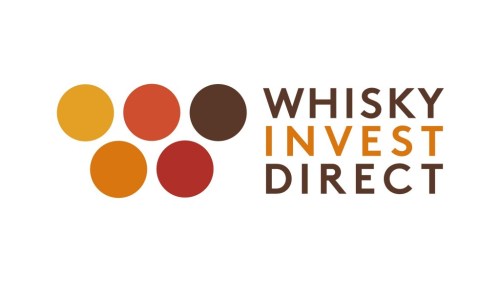 LONDON, 19 April 2016 – WhiskyInvestDirect, the online marketplace enabling investors to buy and sell Scotch whisky as it matures and gains value in the barrel, has appointed former Scotch Whisky Association (SWA) director Campbell Evans to its board.

WhiskyInvestDirect launched in September last year. In its first six months, investors using the platform bought more than £2  illion of maturing Scotch, holding it in the same bonded warehouses as major distillers use to care for the maturing whisky they own.

The SWA is the 100-year old trade body representing the £4.5-billion Scotch whisky industry. Campbell Evans stood down as Director of International Affairs last year, having joined as Head of Media Relations in 1991.

He joins WhiskyInvestDirect CEO Rupert Patrick (formerly at Ian Macleod Distillers, Beam and then Diageo), co-founder Paul Tustain (head of world-leading gold and silver exchange BullionVault) and Rob Procter (representing preference shareholders after last year’s £1.55m crowd funding via Angels Den) on the Board of this innovative and fast-growing company.

“Campbell is a highly respected member of the Scotch whisky industry, and I am delighted that he has agreed to join our Board. The breadth and depth of Campbell’s knowledge and contacts will be a major advantage to WhiskyInvestDirect as we build upon our successful launch.”

“WhiskyInvestDirect provides an exciting opportunity for individuals looking to diversify their investments. For the industry it provides a new and different platform to trade spirit. I am delighted to join at this early stage and help assist establish whiskyInvestDirect as a vehicle for investment and trade. “

WhiskyInvestDirect’s online platform acts like a stock exchange for maturing Scotch. Today it offers 10 single malts and two grain whiskies, all of them key constituents of major blended brands. Users can trade as little as 1 litre of pure alcohol at a time, currently costing between £1.40 for young grain to £4.20 for 3-year old malt.

Blended whisky accounts for 9 bottles in every 10 sold worldwide by the Scotch industry each year.

Industry data for 2006-2015 show that Scotch whisky sold in the barrel at 8 years old had appreciated by 10.7% per annum on average from its price at filling, net of storage costs.

WhiskyInvestDirect is the online market for buying and selling Scotch whisky as it matures in barrel – a compelling new asset class for investors large and small, showing better than 7% annual appreciation after storage costs and inflation over the last decade. Accounting for 25% of UK food and drink exports by value, sales of Scotch whisky overseas equal 35 bottles per
second. WhiskyInvestDirect supports this centuries-old business by providing cash-flow to distillers, and by introducing for the first time an electronic exchange where brand-owners can then source a range of high-quality single malts and grain whiskies.
Coupled with CEO Rupert Patrick’s 24-year industry experience, WhiskyInvestDirect is launched by and employs the proven trading and custody I.T. of BullionVault – the world’s largest online market for physical gold and silver, and winner of two Queen’s Awards for Enterprise.

About Campbell Evans
Campbell Evans has 25 years of experience in the Scotch whisky industry, building and maintaining close relationships with member companies of trade body the Scotch Whisky Association (SWA). He served first as Head of Media Relations, as Director for Government, Consumer Affairs and Communications, and finally as International Affairs Director. Elected in 2006 as Vice-President of Brussels trade body the European Spirits Organisation (CEPS) by its international membership, he has also been a member of several UK government working groups across a variety of departments including the Home Office, DEFRA and
UKTI. Before joining the SWA in 1991, Campbell Evans spent twelve years in retail banking.

About Rupert Patrick
A liveryman and former committee member of the Worshipful Company of Distillers, Rupert Patrick began his whisky career at medium-sized private firm Ian Macleod Distillers in 1991,leading brand-building and exports before moving to Beam (now part of Suntory) in 2004. There he managed duty-free sales of major Scotch brands Teacher’s and Laphroaig, becoming Managing Director Emerging Markets. Joining Diageo PLC in 2012 he led New Business in Africa, managing new market sales of existing whisky brands such as Johnnie Walker, White Horse and Vat 69 worth $100m per year, until moving to launch whiskyInvestDirect in 2015