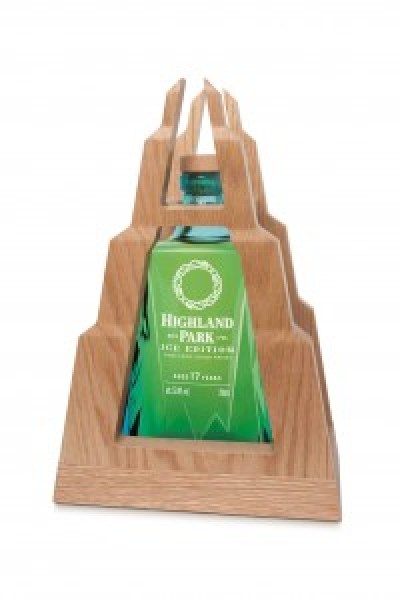 Achieving an outstanding score of 99 out of 100, ICE Edition has earned the accolade of Chairman’s Trophy.  This award is only granted for the highest rated products considered to be the best by their competitive performance among their peers in each product category.

Jason Craig, Brand Director, Highland Park, said: “We are absolutely thrilled to be recognised with the Chairman’s Trophy for our ICE Edition. This award will sit proudly in our international trophy cabinet.

“Our Master Whisky Maker showed great bravery to break from Highland Park’s traditional sherry cask and aromatic peat house style to release our first ever solely bourbon cask aged single malt whisky. These prestigious awards focus on the quality and consistency of the finest spirits in the world and the recognition warms our Viking soul.”

Other accolades for Highland Park included a score of 98 points, for our 18 year old (awarded Finalist and Tried and True Award) and 96 points was awarded to both Highland Park’s 12 year old and 15 year old.

Now in its seventh year, the Ultimate Spirits Challenge led by chairman, F. Paul Pacult, included many of the world’s most famous spirits authorities as part of the New York-based judging panel.

USC judging chairman and founder, F. Paul Pacult, commented: “One of the many advantages of having our own year-round facility is that instead of having to judge hundreds of spirits entries over a couple of days like other competitions do, we can, by design, break each category down into smaller flights. This means that USC judging panels can focus on each category with greater in-depth attention and analytical precision, resulting in truer, more accurate assessments.”

Established in 1798 on Orkney, Highland Park Single Malt Scotch Whisky is one of the most remote Scotch whisky distilleries in the world. For over 217 years, the distillery has combined time old tradition and the very best craftsmanship to achieve perfection.

Nose:  Vivid aromas of cool, fresh pineapple and ripe mango sorbet come to life – in this celebration of glacial character.  Silvery shards of smoke give way to the frosty kick of root ginger.

Palate:  Like the Ice Giants themselves, the palate is powerful yet mellifluous.  In true Highland Park style, the combination of a silvery, misty peat smoke is inter-twined with pearlescent vanilla seeds and overtones of molten orris root.