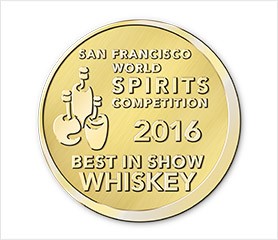 Redbreast 21, from Ireland’s most awarded single pot still Irish whiskey range, was awarded ‘Best in Show’ at SFWSC, overcoming all other whiskeys – not only Irish but Scotch, American and from the rest of world. In an equally impressive feat, Green Spot Chateau Leoville Barton, was crowned World’s Best Single Pot Still Irish Whiskey at WWA,

Irish Distillers Pernod Ricard collected an outstanding haul of awards across its portfolio of Irish whiskeys in both competitions:

In total, The Midleton Distillery claimed 20 awards across the two prestigious competitions. Commenting on the awards, Brian Nation, Master Distiller, stated that, “These awards are testament to the dedication and commitment of the passionate craftspeople at the Midleton Distillery; past and present. We should remember that many of the whiskeys that are receiving plaudits today were imagined and distilled many years ago and are now being brought to life by our current team of very skilled whiskey makers”

Now in its 16th year, San Francisco World Spirits Challenge is one of the most influential spirits competitions in the world, widely recognised as one of the most reliable indicators of excellence in spirits.

About Pernod Ricard Pernod Ricard is the world’s n°2 in wines and spirits with consolidated Sales of € 8,558 million in 2014/15. Created in 1975 by the merger of Ricard and Pernod, the Group has undergone sustained development, based on both organic growth and acquisitions: Seagram (2001), Allied Domecq (2005) and Vin&Sprit (2008). Pernod Ricard holds one of the most prestigious brand portfolios in the sector: Absolut Vodka, Ricard pastis, Ballantine’s, Chivas Regal, Royal Salute and The Glenlivet Scotch whiskies, Jameson Irish whiskey, Martell cognac, Havana Club rum, Beefeater gin, Kahlúa and Malibu liqueurs, Mumm and Perrier- Jouët champagnes, as well Jacob’s Creek, Brancott Estate, Campo Viejo, Graffigna and Kenwood wines. Pernod Ricard employs a workforce of approximately 18,000 people and operates through a decentralised organisation, with 6 “Brand Companies” and 85 “Market Companies” established in each key market. Pernod Ricard is strongly committed to a sustainable development policy and encourages responsible consumption. Pernod Ricard’s strategy and ambition are based on 3 key values that guide its expansion: entrepreneurial spirit, mutual trust and a strong sense of ethics. 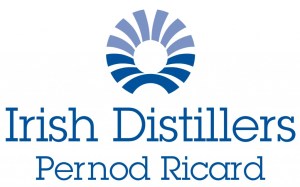 feedly: organize, read and share what matters to you.